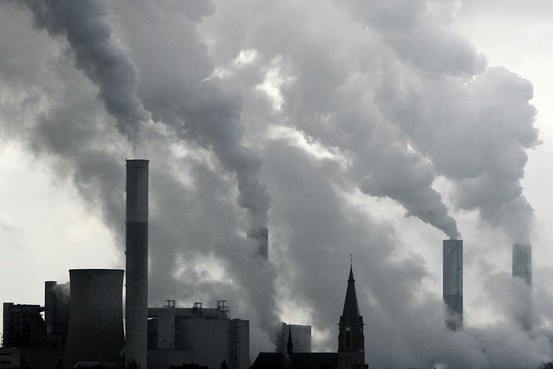 “The world faces a future of “heat stress, storms, extreme precipitation, flooding, landslides, pollution and drought” as a result of climate change – according to the latest report from the United Nation’s climate authority, the IPCC.”

The problem the world faces today is a moral one which will lead to “heat stress, storms, extreme precipitation, flooding, landslides, pollution and drought”. God will use that which He is author of to take judgment on unprecedented wickedness on a world wide scale and soon the many cities of the world shall be affected by calamity after calamity.  A delusion is created by those responsible foremost for the problem who come presenting a solution.

People are willfully ignorant knowing not the time of their visitation, nor the things which belonged unto her peace. ….As the angels of God cease to hold in check the fierce winds of human passion, all the elements of strife will be let loose. The whole world will be involved in ruin more terrible than that which came upon Jerusalem of old.  {FLB 215.5}

The man of sin presents a moral solution but it is not of God. God has plainly set out the requirements of life and the Papacy changes God’s times and laws.

The world refuses the creator and recommends an evolutionary solution that will fail because it does not recognize natural law- by natural law I do not mean natural law as outlined by Thomas Aquinas and its followers in the UN, turning what is rational and moral into their own terminology.  800,000 years mentioned here in this article automatically disqualifies these evolutionary scientists that are Pharaohs’ advisers- they are evolutionists and a premise by which they start will surely not present a solution for now and the future.