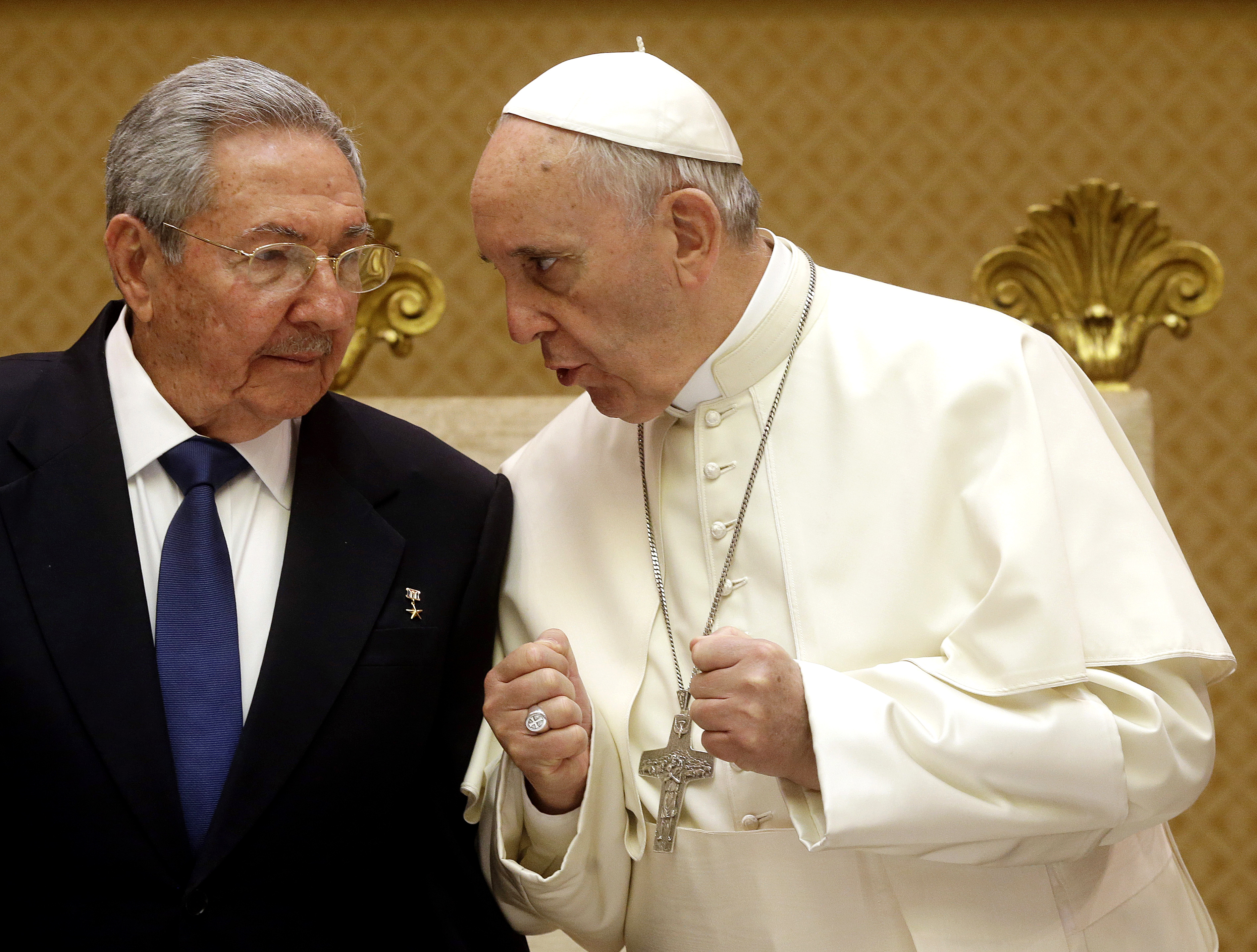 “In December 2014, the Vatican revealed that the 78-year-old pontiff had contributed to US-Cuba negotiations, “resulting in solutions acceptable to both parties.”

JFK once said he had never seen a colonial power so abuse another country as American interest and control of Cuba which led the downfall of the existing pro-american corrupt regime under Batista who had murdered thousands and robbed the country.  Castro a lawyer and one of the first Cuban revolutionaries worked with Manuel Artime to bring about the changes in that country who was was raised as a devout Catholic by Jesuits. In 1957 Artime became a member of the Radical Liberation Party (PLR), a Christian democratic group. He graduated as a doctor and planned to become a psychiatrist.

After Castro took power Artime formed an anti communist cell group of catholic youth group in Florida and return with others to Cuba to assassinate Castro. 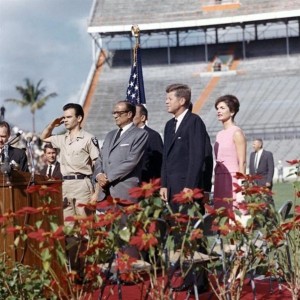 In the failed attempt Artime escapes for his life to Jesuit college where he is picked up by the CIA in a helicopter and taken back to USA and there he is in the picture saluting.

Now a Jesuit pope has found a resolution to the American Cuban conflict  remembering the attempted assassination on Castro’s life was from a Jesuit trained operative.

“I thanked the Pope for what he did,” Castro told reporters as he left the Vatican, adding he was “really impressed by his wisdom and his modesty.” “When the pope goes to Cuba in September, I promise to go to all his masses, and with satisfaction… If the Pope continues this way, I will go back to praying and go back to the church, and I’m not joking,” the Cuban leader said, AP reported.

Now back to the beginning Castro was Jesuit trained!