“The number of male mental health patients in the UK who die by suicide has risen by almost a third in the last decade, new research suggests.

The biggest increases were in men aged 45 to 54, where the number of deaths since 2006 rose by 73%, the University of Manchester report said.”

It appears that over time suicide has been following a certain group in particular and globalization will only heighten this problem. Do men really have a role in life or is it the evolution of women being the smarter more confident sex? Isaiah 3:12 [As for] my people, children [are] their oppressors, and women rule over them. O my people, they which lead thee cause [thee] to err, and destroy the way of thy paths.

Unemployment will increase as work is taken from wealthy nations to cheap labor and the role of men has been degraded in the family perhaps one could say because of their own doing. But God has made known His model of the relationship that the Father has with the Son for our understanding of the model for the husband and wife and the Bible is clear on the role of the man.  The problem is people more often can’t read their Bibles right, though they have less trouble when it comes to many other fields of work and interest because of their self interest, that’s why we need to pray for discernment with a humble heart.

In the 1980s the high suicide rate was with 18-24 age group and this statistic is following this group. People are disengaged by religion which should be a backbone to adversity in the world. In general they don’t believe in God and those that do where is the support of the churches? In programs that the world offers and physiology of the world which is a false science. The churches in general preach and don’t visit their members, too much sermonizing, false teachings which does not give a person a connection with God and control from the ministry or priests that does not allow active service by the 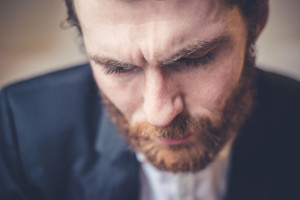 dictates of one’s conscious to God, but is rather controlled. Fragile people are affected by these thing which should support them when divorce, unemployment, no family or disunited families are leaving people particularly men as the report suggests disenchanted with life.  There is a lack of self worth that can only increase in a globalist world where jobs are being affected on a local level and things can only get worse because western countries once in a very favorable circumstance are corrupted by poor leadership, that work at a globalist level for solutions when the reality is local community employment or work established for that country should be what leadership is about but is not. Local engagement, spending money within the community and true education are the real keys.

There is a position and work that God would have men and women to do, and He says I have given freely of myself and so should you. There is a true education He wants us to receive and role in life that fits us for eternity and continues on into eternity. He invites all to break every yoke and learn of Me.