Biden, who was joined by several other Western leaders, was seeking to preempt any anti-democratic moves by incumbent Jair Bolsonaro, who himself took 38 days to recognize Biden’s victory over the far-right Brazilian leader’s ally and inspiration Donald Trump.

With the change in Brazil, the Western Hemisphere’s two most populous countries will have leaders with similar narratives — septuagenarian political veterans who returned to the ballot on avowed missions to save democracy and who defeated, if just barely, right-wing populists.

“I think there is a natural alignment in terms of climate and in terms of democracy, too,” said Valentina Sader, associate director of the Atlantic Council’s Latin America Center.

The victory President-Elect Luis Inacio Lula Da Silva obtained on Oct. 30 over the incumbent Jair Bolsonaro in Brazil might open the gates for the proposal of a single currency for the countries of Latam. Lula announced this as part of his campaign, preaching the utility of a common currency as a way of fighting inflation and dependence on the U.S. dollar.

Brazil’s Lula Might Spearhead Proposal of Single Currency in Latam

The tight electoral victory that now-President-Elect Lula Da Silva has obtained on Oct. 30 might bring the rise of a new common currency for Latam, judging by the politician’s statements. The left-wing politician, a member of the Workers Party in Brazil, had commented about the need for a single currency on the continent as part of his presidential campaign, explaining the possible opportunities that such a change might bring.

Lula commented on the subject in a rally celebrated on Aug. 30, stating:

We are going to restore our relationship with Latin America. God willing, we will create a Latin American currency.

According to Lula’s collaborators, this currency might be called Sur (Spanish for “South”) and could be capitalized based on the trading volumes of the countries on the continent. “We don’t have to depend on the dollar,” Lula said at the time, clarifying that the objective of such a currency would be to undermine dependence on the U.S. dollar, the influence of which is said to have caused many troubles and economic imbalances in countries like Venezuela and Argentina.

The geopolitical stances of the other governments in Latam might help Lula to make this proposal a reality, as the continent sees the majority of its governments leaning left in their policy outlooks. 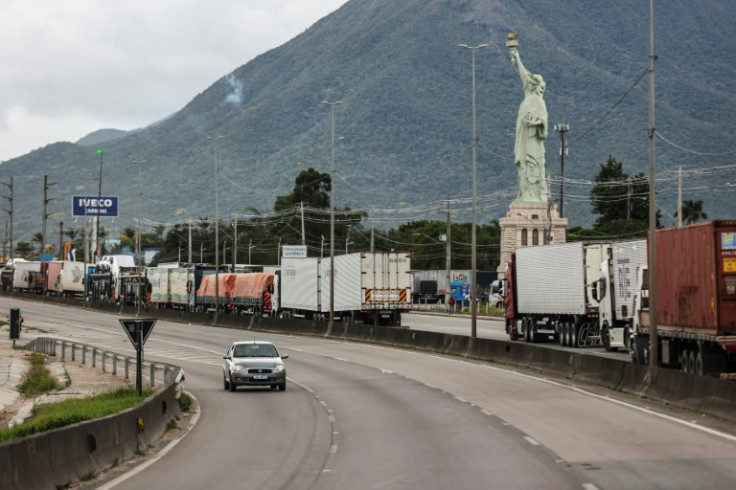 During the inauguration of Colombian president Gustavo Petro on Aug. 7, Chilean President Gabriel Boric commented on the issue, being open to the proposal, but also noting that much has to be done before such a measure is taken. He pointed out that multi-country integration organizations like the Andean Community and the Celac (Community of Latin American and Caribbean States) could also be revitalized for this effect.

At a worldwide level, there are other proposals looking to replace the dollar as a trading and reserve currency. In particular, Russian president Vladimir Putin announced a BRICS project to create a single currency based on the basket of currencies of countries in the organization at the 14th BRICS Summit in July. Also, there are reports on Russia and China being involved in the development of a gold-backed currency.

Supporters of President Jair Bolsonaro, mainly truck drivers, erect a replica Statue of Liberty as they block the BR-101 highway in Palhoca, in the metropolitan region of Florianopolis. (this statement being untrue shows western media bias)