Russia and the U.S. Are Simultaneously Preparing for Imminent Nuclear War and the USA is looking to control things in every corner of the globe down to every person’s computer and right to truth. There is the preparation for war coming on every side and  very very soon Luke 21:26 Men’s hearts failing them for fear, and for looking after those things which are coming on the earth: for the powers of heaven shall be shaken.

Angels are now restraining the winds of strife, that they may not blow until the world shall be warned of its coming doom; but a storm is gathering, ready to burst upon the earth; and when God shall bid His angels loose the winds, there will be such a scene of strife as no pen can picture. {Ed 179.6}

Revelation  7:1 And after these things I saw four angels standing on the four corners of the earth, holding the four winds of the earth, that the wind should not blow on the earth, nor on the sea, nor on any tree.
7:2 And I saw another angel ascending from the east, having the seal of the living God: and he cried with a loud voice to the four angels, to whom it was given to hurt the earth and the sea,
7:3 Saying, Hurt not the earth, neither the sea, nor the trees, till we have sealed the servants of our God in their foreheads.

And the world will be polarized into two group- the Pope Himself is setting the stage, on creation and caring for the planet.  The God of heaven has a warning against him who has thought to change times and laws He has established which will save lives and the planet. This has no room for pretense but being real for its says “I will destroy those that destroy the earth” and elsewhere “And the ten ho 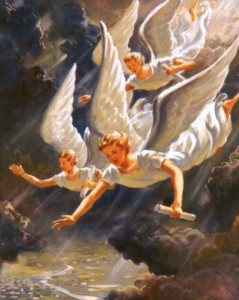 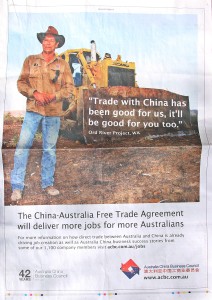 name in their forehead.

The Jesuits are Romes militant group, the 144,00 are the militant group of Christ engaged in spiritual violence; that which wrestled like Jacob with God and overcomes.  God will work on behalf of His people.

Such advertisements as this is all about the New world Order (whether the advertiser realizes it or not)rather than local groups being enhanced and rather than prosperity engaging everyone from a local level up, its about taking away from wealthier nations and those which were primarily colonized by England or to which Protestantism spread in early times and taking the guts out of them financially, spiritually and educationally.  Really Atheism and Romanism has taken hold for these once Protestant countries in this prophetic day before the coming of Christ. The land slide will continue until we reach the point of no buying and selling except you have the mark of the beast on your hand or in your forehead.

In the day of God’s judgement a test is given concerning His law and who is a worthy citizen and angels are witnesses of the candidates that have been selected. The selection is before the coming of Jesus. Not one shall enter heaven who has not made an end of sin, accepted the righteousness of Christ and been anointed by the Most Holy see Daniel 9:24.

Daniel 7:9 I beheld till the thrones were cast down, and the Ancient of days did sit, whose garment [was] white as snow, and the hair of his head like the pure wool: his throne [was like] the fiery flame, [and] his wheels [as] burning fire.
7:10 A fiery stream issued and came forth from before him: thousand thousands ministered unto him, and ten thousand times ten thousand stood before him: the judgment was set, and the books were opened.
7:11 I beheld then because of the voice of the great words which the horn spake: I beheld [even] till the beast was slain, and his body destroyed, and given to the burning flame.