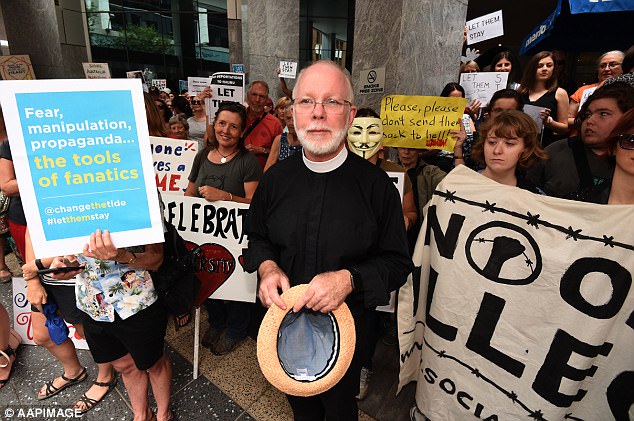 Australia is deciding on the rights of Gays to be married and have a family at this time following in the line of other western countries, in what I would say is a deliberate effort to smash and control the west and guess who might be behind that?

It should be no surprise that Jesuit Priest Brennan (who put forward the Marbo case in Australia primarily for Jesuits/ Vatican II ideals follows the way of the Jesuits in liberation theology) would say yes to the gay marriage legislation in Australia.

“The Jesuit priest, human rights lawyer and academic is hardly a flag-waving, badge-wearing advocate, but does plan to vote yes in the postal survey. He has a number of suggestions for protecting religious freedoms along the way.”

Jesuits taking reign of religious freedom is like handing the Klan the job of implementing rights, however sincere these white supremacists would seem.

Former Prime Minister John Howard whose government opened the floodgates to Jesuit trained parliamentarians  in Australian parliament has rightly said there are religious liberty issues at stake and he supports the no vote against gay marriage .

Here Brennan encapsulates Vatican strategy in using liberation theology in this case gay rights and then introducing religious freedom strategies which is Vatican II strategy- don’t be fooled by the name, there is no freedom in it.

Brennan says concernig religious liberty :’The first is to adopt a full-blown Bill of Rights.

It could enshrine a right to religious freedom, free speech, liberty, education and so on. In most countries it’s then left to the courts to decide …..’

Brennan’s  Father was the supreme court judge to deliver Marbo by legislative authority of the supreme court. If it’s anything like the way the US is going the supreme court is being fashioned to a Vatican direction with majority of Catholic judges. The Prime Minister or President moves on after their time but the judges remain to continue implementing the direction of the country.