Are Climate Lockdowns Coming Because of a ‘Climate Emergency’? (No, It’s Not a Conspiracy Theory)

In early December, the Washington Post reported that because of climate change, snow in the Mountain West “may vanish for years at a time.”

The headline did not age well.

Only days later it started to snow in the West. 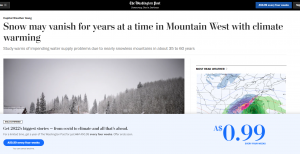 An incredible photo on Twitter showed a towering wall of snow on Donner Summit in California around Christmas. 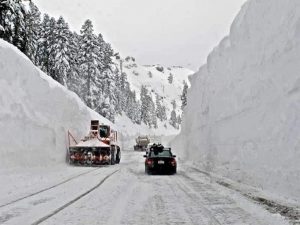 My sister remains snowed in up in her home at Incline Village, north Lake Tahoe…this incredible photo was taken at Donner Summit Pass…I-80 remains closed…. pic.twitter.com/lZ0UF9qGjI 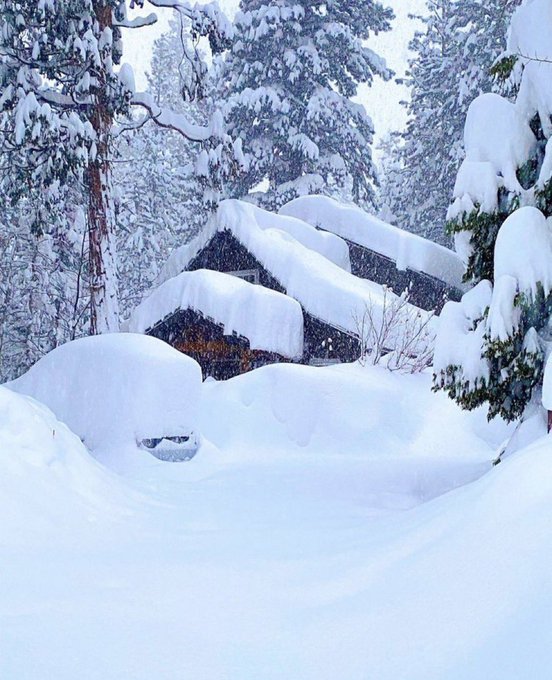 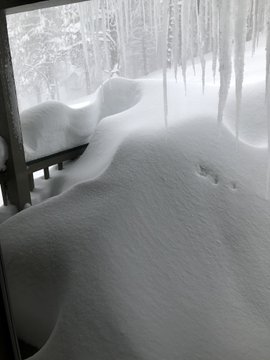 Lake Tahoe got 18 feet of snow in December, an all-time record.

In Virginia, some motorists were stuck on I-95 for more than 24 hours after snow and ice made the road impassable.

Add the Washington Post headline to a long string of failed climate change predictions.  A now-deleted headline from the London Independent in 2000 predicting no more snow is more than 20 years old.

Climate experts now seem to have hedged their bets, saying global warming will both increase and decrease snowfall.

“The weather is always going back and forth,” Bastardi said. “This is within the realm of what you can expect in the kind of winter we have here. It might be more snow in one place and less snow in another place, but then it balances out.”

But climate activists continue to insist that we face a worldwide climate emergency, and there has been more talk of the need for what are called “Climate lockdowns.”

Over the holidays, environmentalists staged what they called “Occupy Biden” – an 8-day protest outside Joe Biden’s Delaware home, demanding that he take action on the climate.

Dozens of nations have declared climate emergencies, including the entire European Union.

And now, after accusing climate skeptics of inventing a conspiracy theory about future climate lockdowns, there has been increasing talk of instituting climate lockdowns, modeled after COVID lockdowns, and under what’s being called environmental authoritarianism, in which your right to drive a car, fly on a plane or own a big house could be suspended by the government in order to fight climate change.

“Americans are going to have to deal with less,” warns Marc Morano, author of Green Fraud: Why the Green New Deal Is Even Worse Than You Think. “We’re gonna drive less, fly less, eat less meat. They’re already talking about sustainable housing and shutting down the suburbs.”

“This is the progressive vision of how you make people do with less in a climate emergency,” Morano says.

A recent article in the influential magazine Foreign Policy suggested Democracy may not be compatible with reaching climate goals.

The Weather Record Shows There is Not a Climate Problem

This climate extremism is all escalating even though the weather record shows there is not a serious problem with the climate. The Environmental Protection Agency’s own website says our air continues to get cleaner year after year. Statistics also show the number of wildfires is much lower than it was decades ago.

Theoretical Physicist Dr. Steven Koonin, former Undersecretary of Energy during the Obama Administration and author of Unsettled: What Climate Science Tells Us, What It Doesn’t, and Why It Matters, says the weather record shows there is no climate emergency.

“Heatwaves in the U.S. are now no more common than they were in 1900 and they haven’t gone up in 60 years,” Koonin said, “No global trends in drought or in floods. Greenland’s ice sheet isn’t melting any more rapidly now than it was 80 years ago. There’s no long-term trend in hurricanes over the last hundred years.”

Environmental expert Dr. Marlo Lewis at the Competitive Enterprise Institute says, “Basically this political movement has declared war on fossil fuels. And a lot of people have concluded in the industry, and also people who are investors, that this sector has no future.”

Rising energy prices this winter could be only the beginning. A recent study in the journal Nature found that meeting reduced carbon emission targets will cost more than $2 trillion annually – that’s more than $5,000 per American per year – with costs by the end of this century totaling $1 quadrillion dollars.

This lockdown comes to you courtesy of the Jesuit boys fraternity

CBN: Are Climate Lockdowns Coming Because of a ‘Climate Emergency’?