The ABC has been accused of “grooming” children after having an Aussie drag queen appear on Play School to read a book about a girl wearing pants.

Liberal Senator Alex Antic has accused the ABC of “grooming” children by allowing a drag performer Courtney Act to read a children’s book on Play School about a girl who likes to wear trousers.

The claim sparked outrage in Senate estimates on Tuesday, with Greens Senator Sarah Hanson Young suggesting it was an entirely inappropriate use of term.

“Heavens above – girls wearing pants. That is the level of rubbish you are putting forward,” Senator Hanson-Young said.

But Senator Antic doubled down on the criticism, suggesting if she didn’t like it she could leave the room.

“The program was rated G and has been heavily promoted on TV and on the app. Why is the ABC grooming children with this sort of adult content,” Senator Antic said. 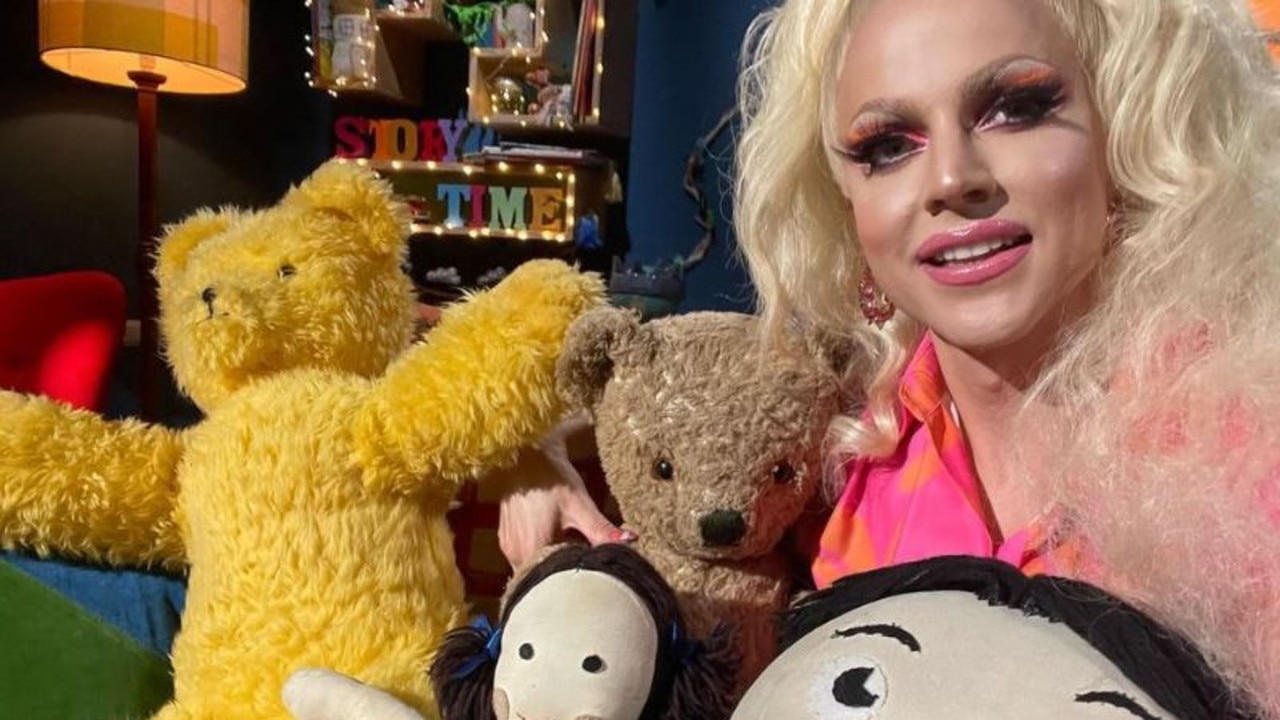 Grooming traditionally refers to when someone builds a relationship, trust and emotional connection with a child or young person so they can manipulate, exploit and abuse them.

But that characterisation was entirely wrong and offensive in the context of a children’s story about a girl who likes to wear pants, Senator Hanson-Young said.

Earlier, Senator Antic suggested the ABC was encouraging “gender dysphoria” by allowing a drag performer to read a children’s book on playschool.

The Spectacular Suit, by Kat Patrick, is about a young girl called Frankie who is preparing for her birthday party, but all her party dresses feel wrong. She ends up feeling comfortable wearing pants.

Senator Antic told Parliament what was being discussed was not ‘dressing up’ but a more adult concept.

“Cross dressing. Let me ask you this, does ABC agree that transgender or cross dressing are adult concepts?,” he asked. “Senator, I don’t see that as grooming children with our content,” he said.

Before he could finish, Greens Senator Sarah Hanson-Young told the Parliament the complaint was a joke.

The Liberal Senator then invited Senator Hanson-Young to leave the room if she didn’t like it.

“Grooming is a really serious matter! It is not for being played with by conservative senators to make headlines,” she replied Courtney Act, whose real name is Shane Jenek, made her Play School debut earlier this year.

She is one of Australia’s best known performers and has previously hosted the ABC interview series One Plus One, describing herself as“pansexual, polyamorous and genderfluid”.

The ABC managing director said the national broadcaster was not grooming children.

“When it comes to transgender, yes, you can see there are people that wish to identify as a sex other than what they were born as, and I don’t accept what you are saying about somebody who is trans grooming Australian children,” Mr Anderson said.