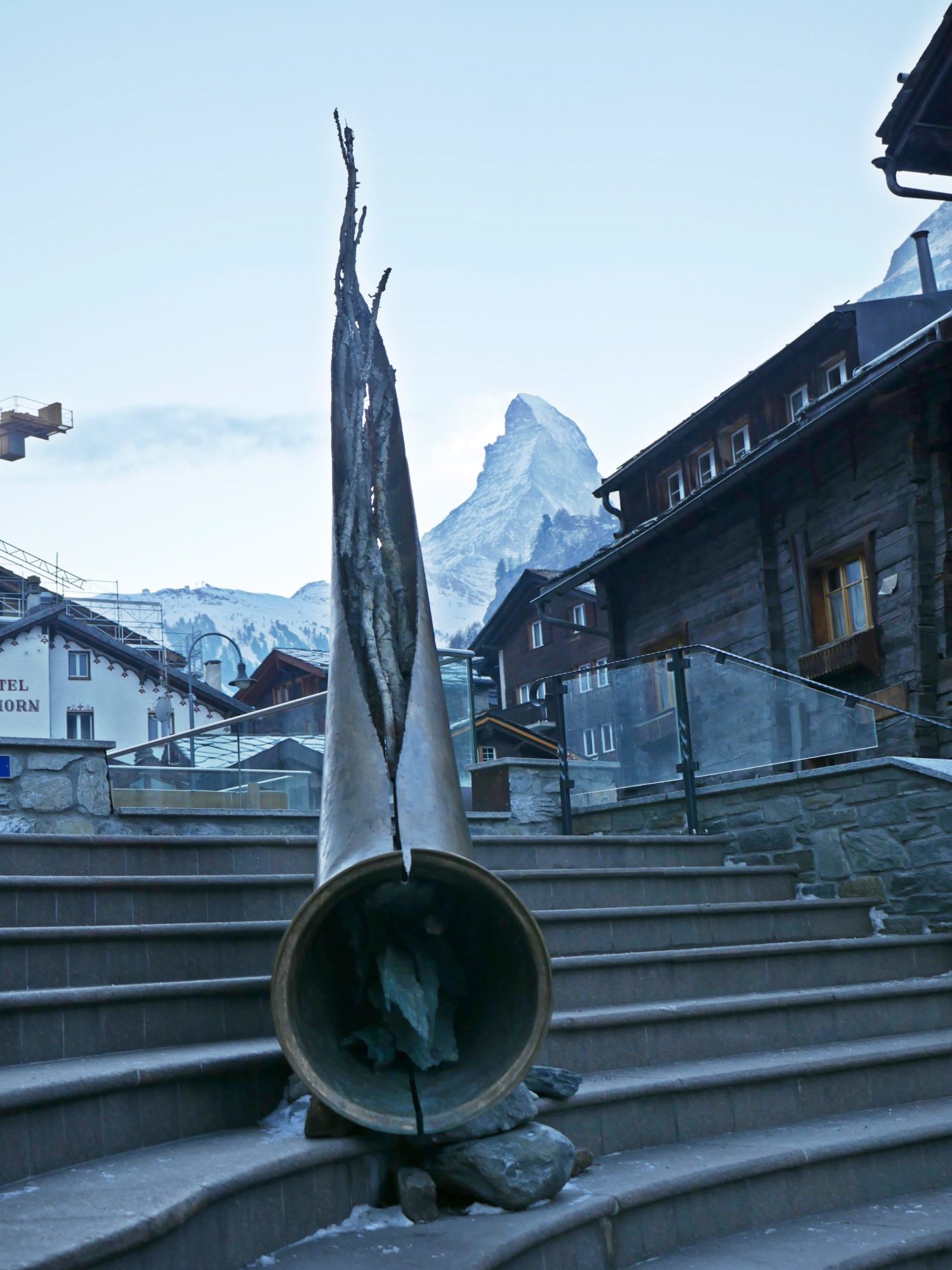 From Ireland came the pious Columba and his colaborers, who, gathering about them the scattered believers on the lonely island of Iona, made this the center of their missionary labors. Among these evangelists was an observer of the Bible Sabbath, and thus this truth was introduced among the people. A school was established at Iona, from which missionaries went out, not only to Scotland and England, but to Germany, Switzerland, and even Italy. {GC 62.3} 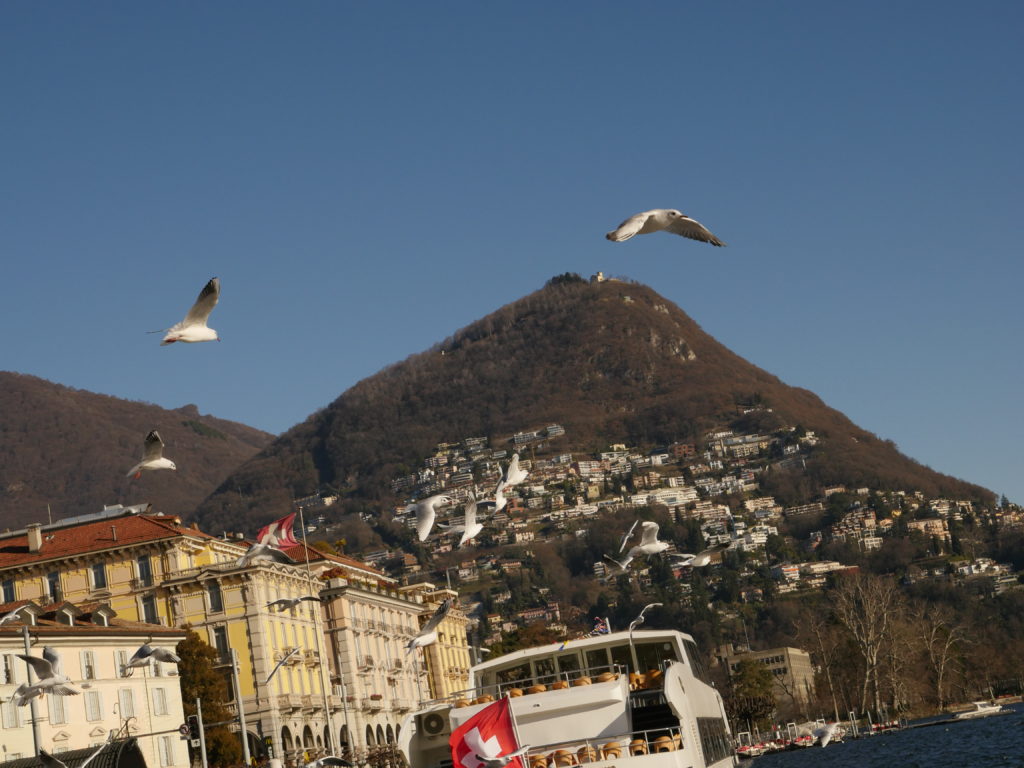 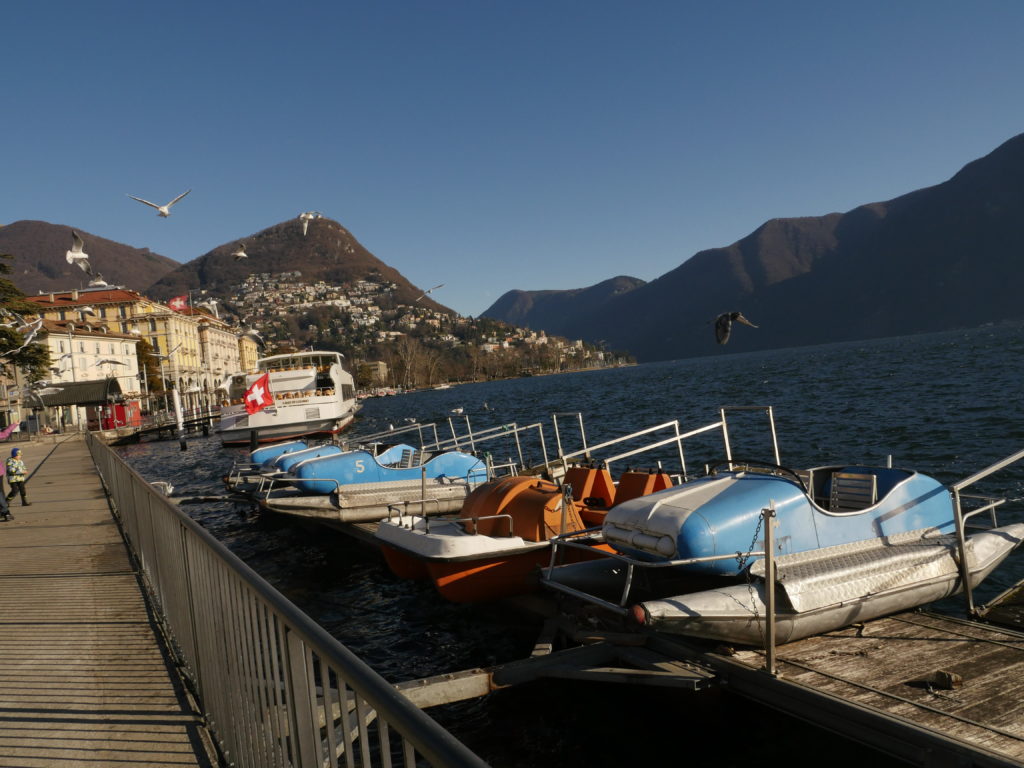 Lugano on the Swiss border. Four languages spoken as Switzerland is surrounded

by other nations & is in the heart of Western Europe- french, German, Italian, Romansh 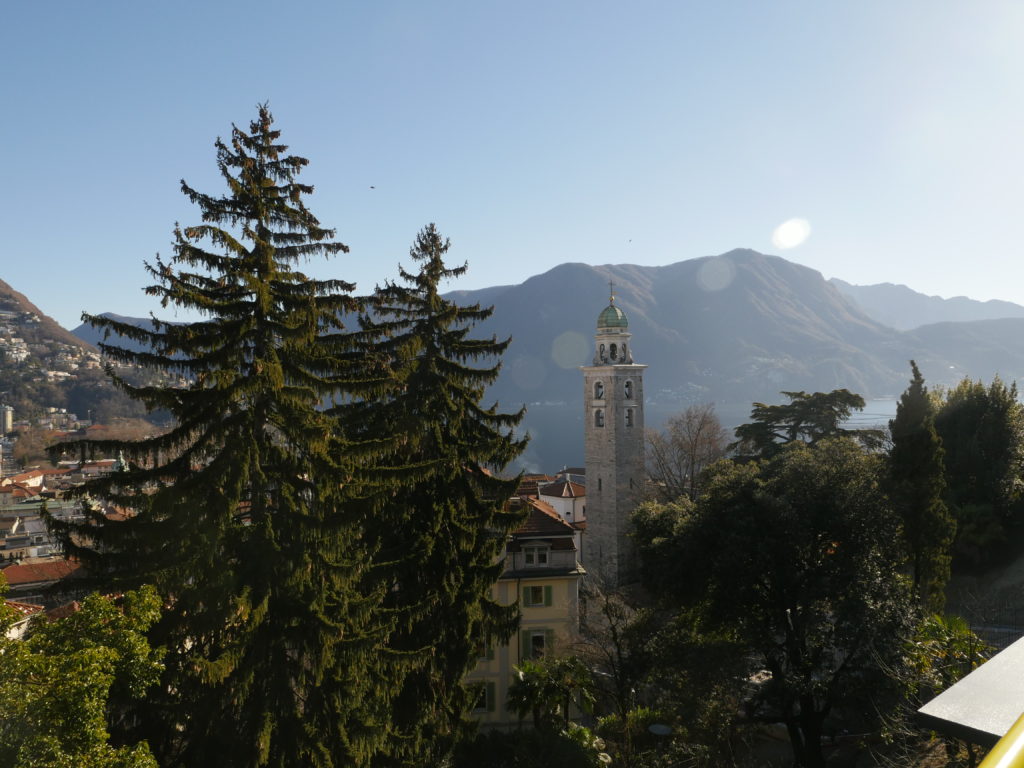 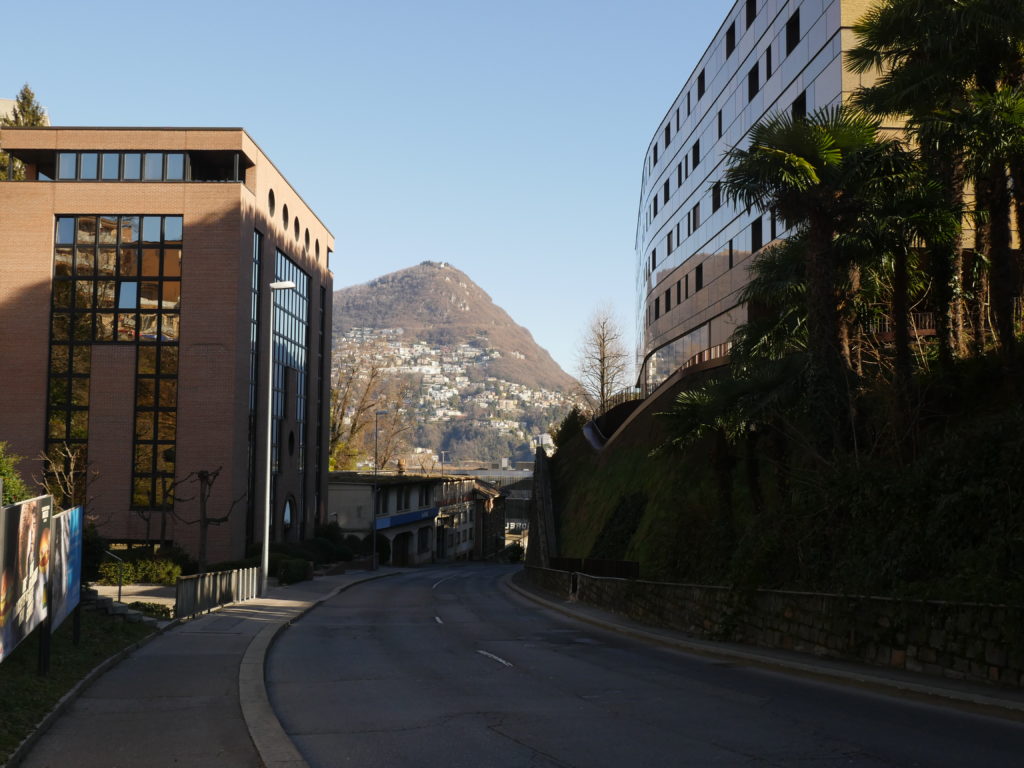 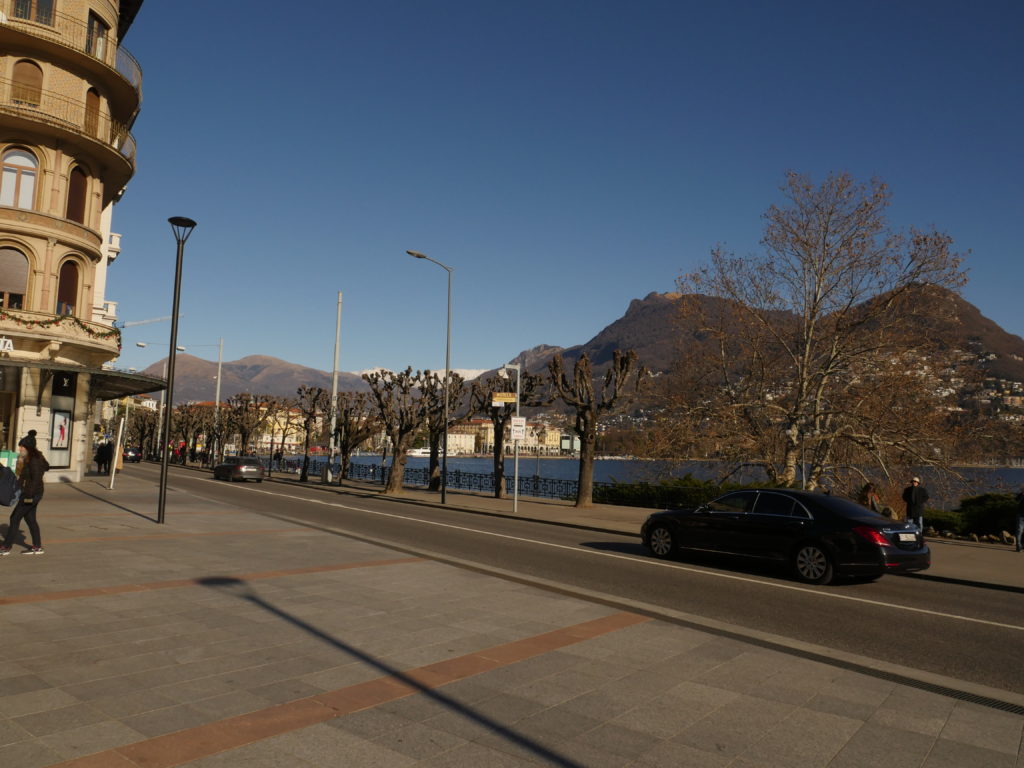 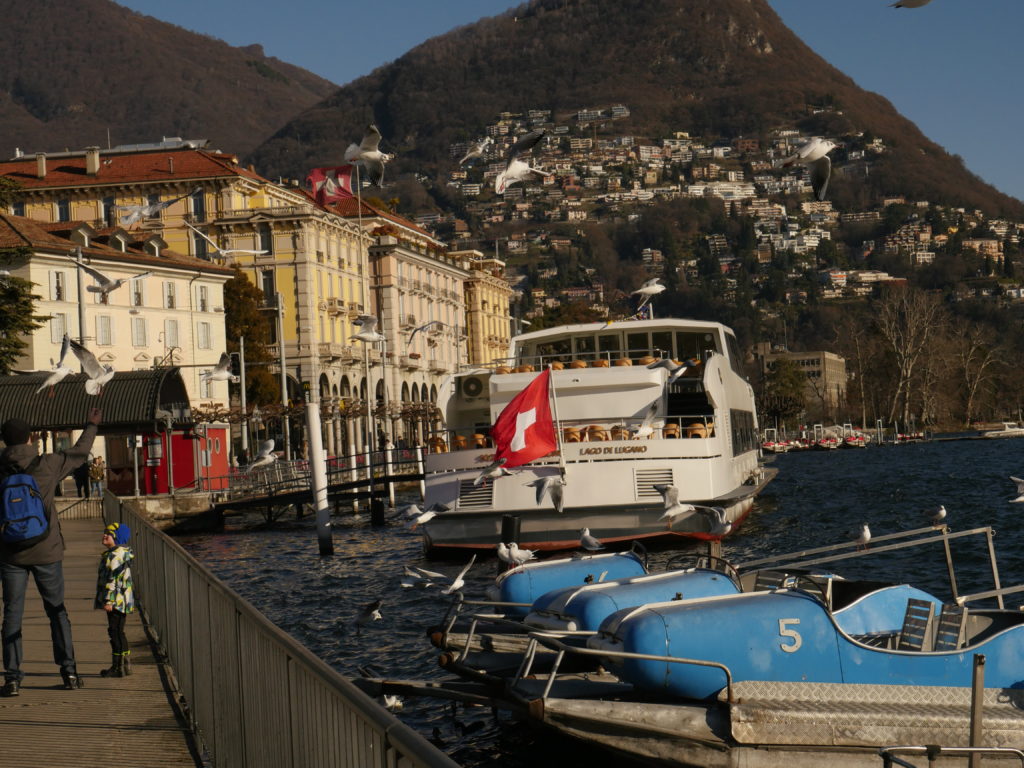 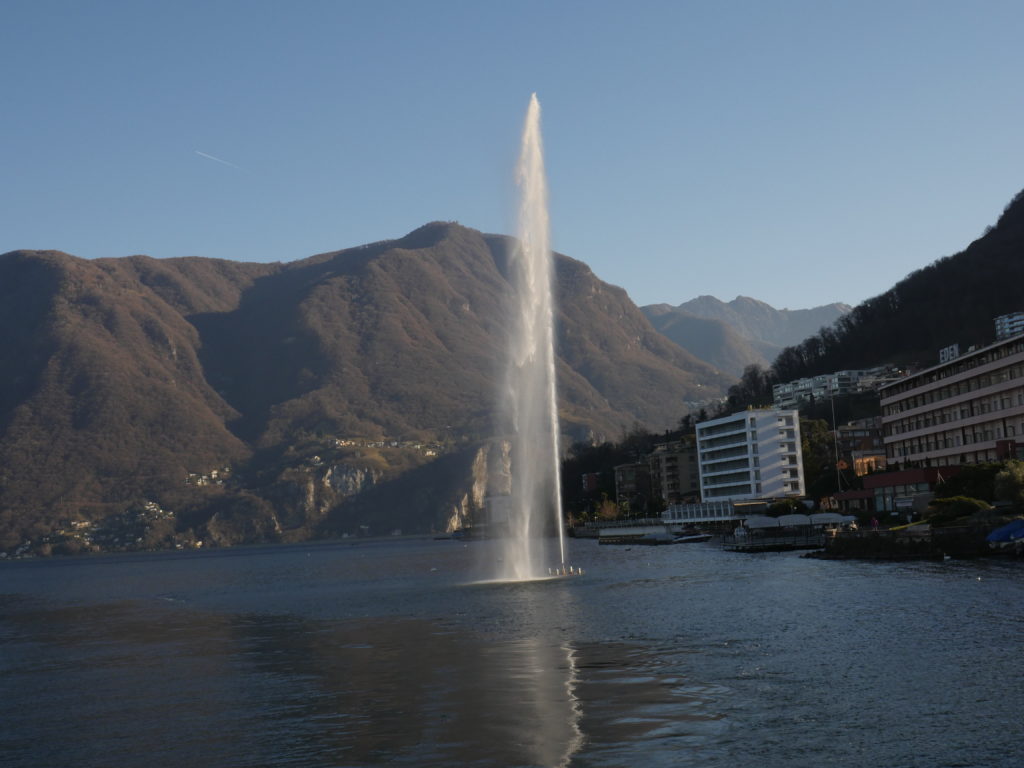 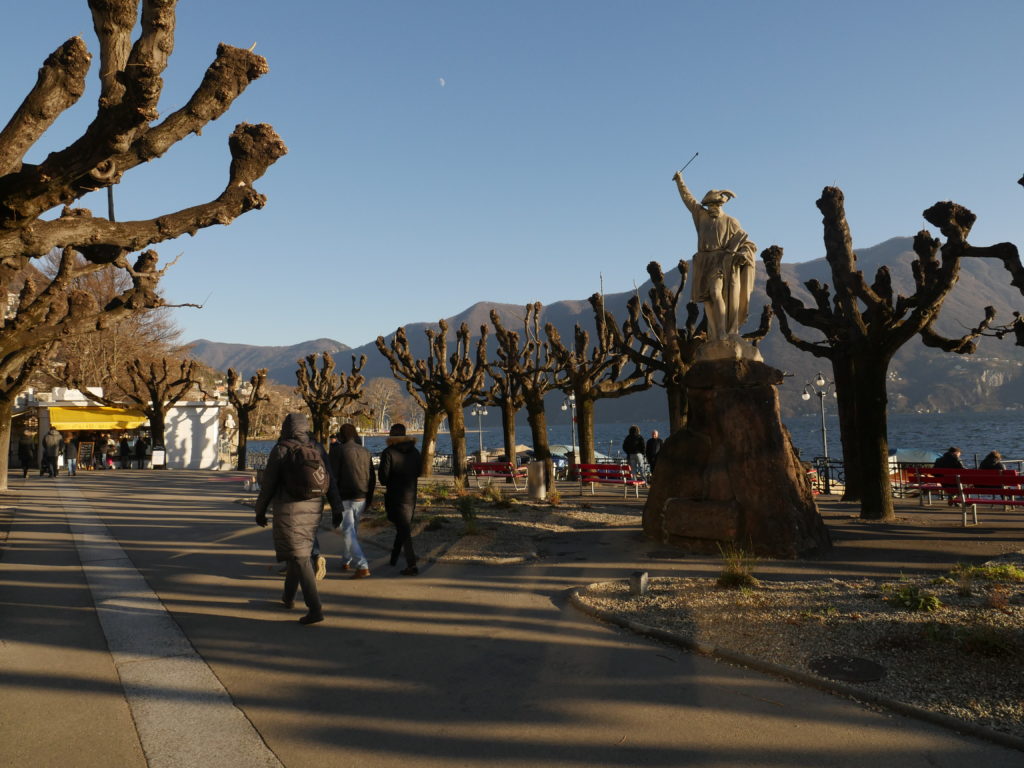 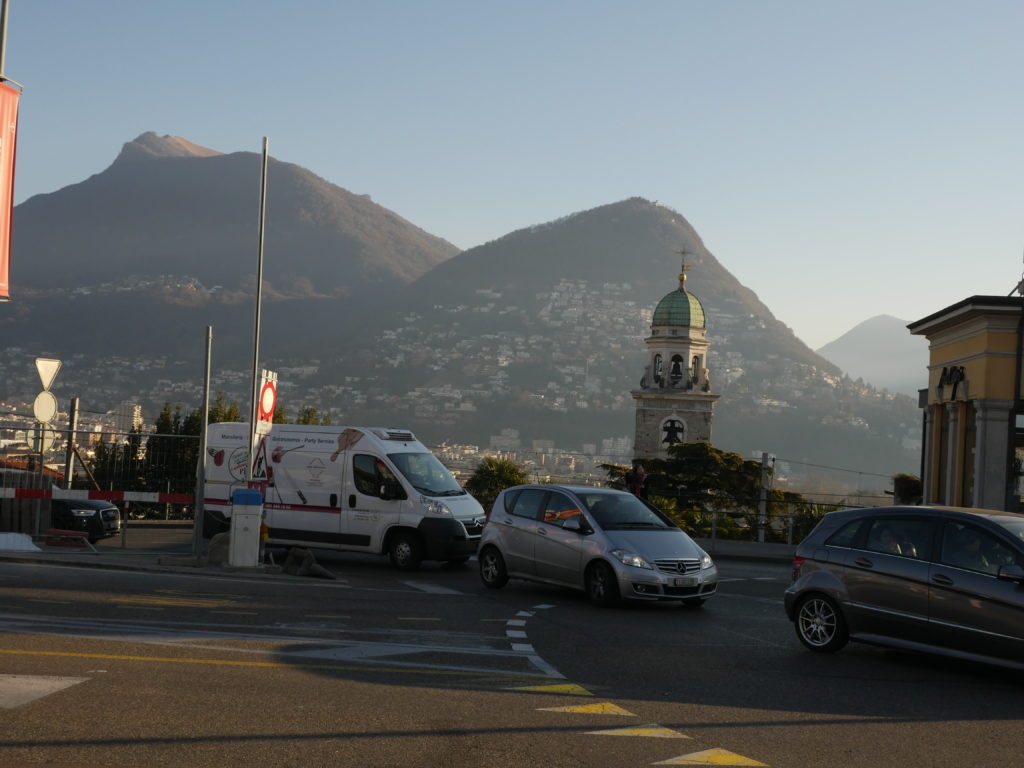 Ice cream for winter in Lugano 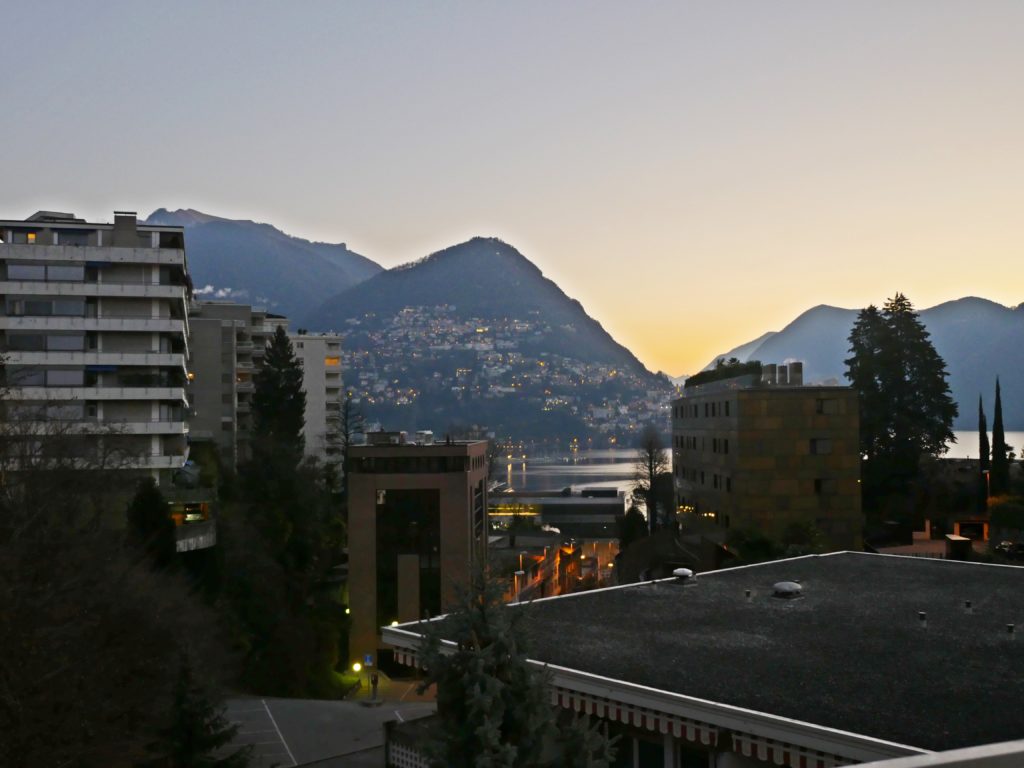 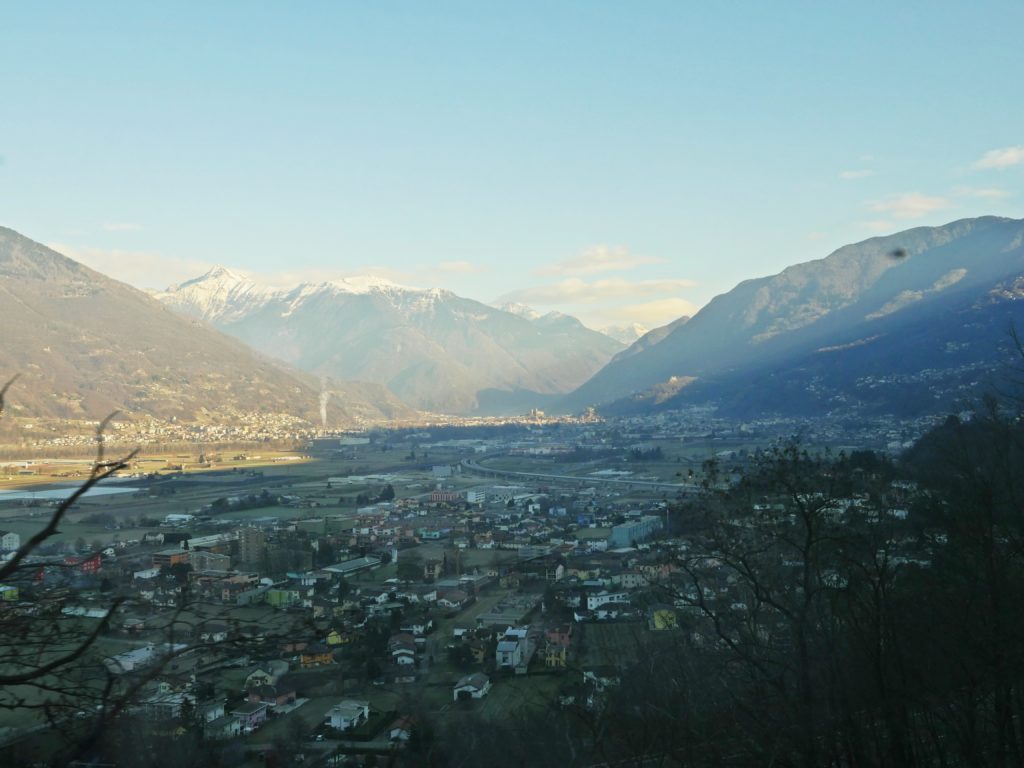 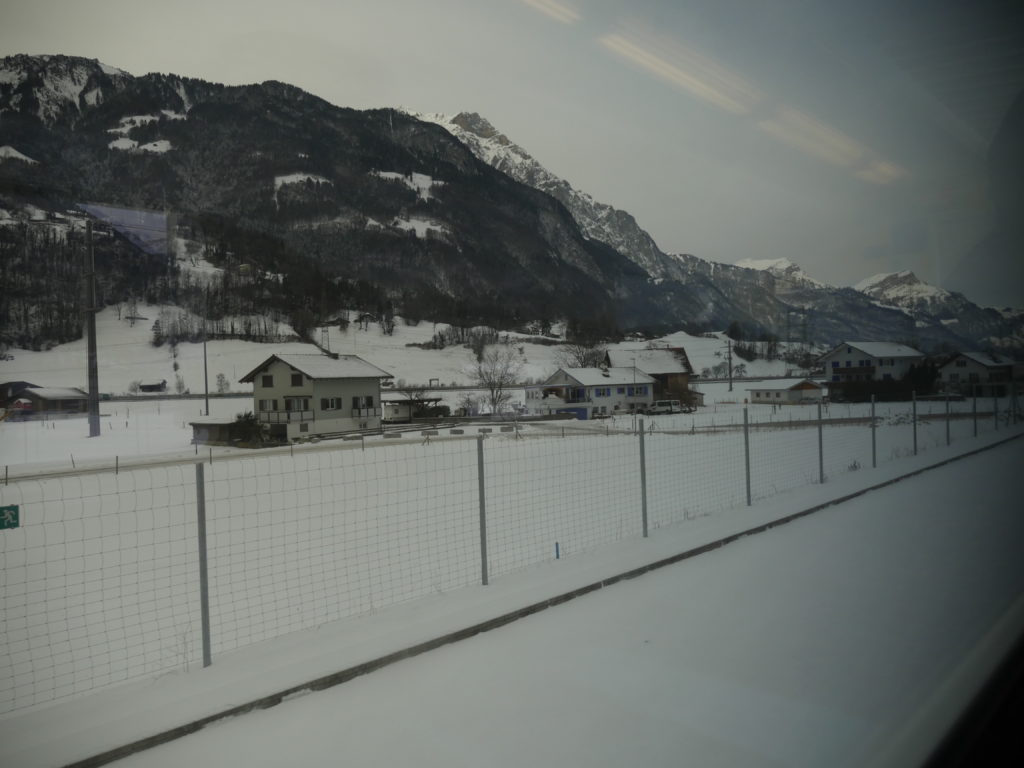 Gotthard Base Tunnel is the world’s longest rail tunnel at 57.09 km which

opened June 1, 2016. You can note here the difference no snow to a blanket

of snow everywhere upon reaching the mountains with 50 km left till Zurich.

The mountains were a barrakad to the onslaught of Rome- the abomination of desolation that sought out her heretics following in the steps of Pagan Rome. Wherever they sought refuge, the followers of Christ were hunted like beasts of prey. They were forced to seek concealment in desolate and solitary places. “Destitute, afflicted, tormented; (of whom the world was not worthy:) they wandered in deserts, and in mountains, and in dens and caves of the earth.” 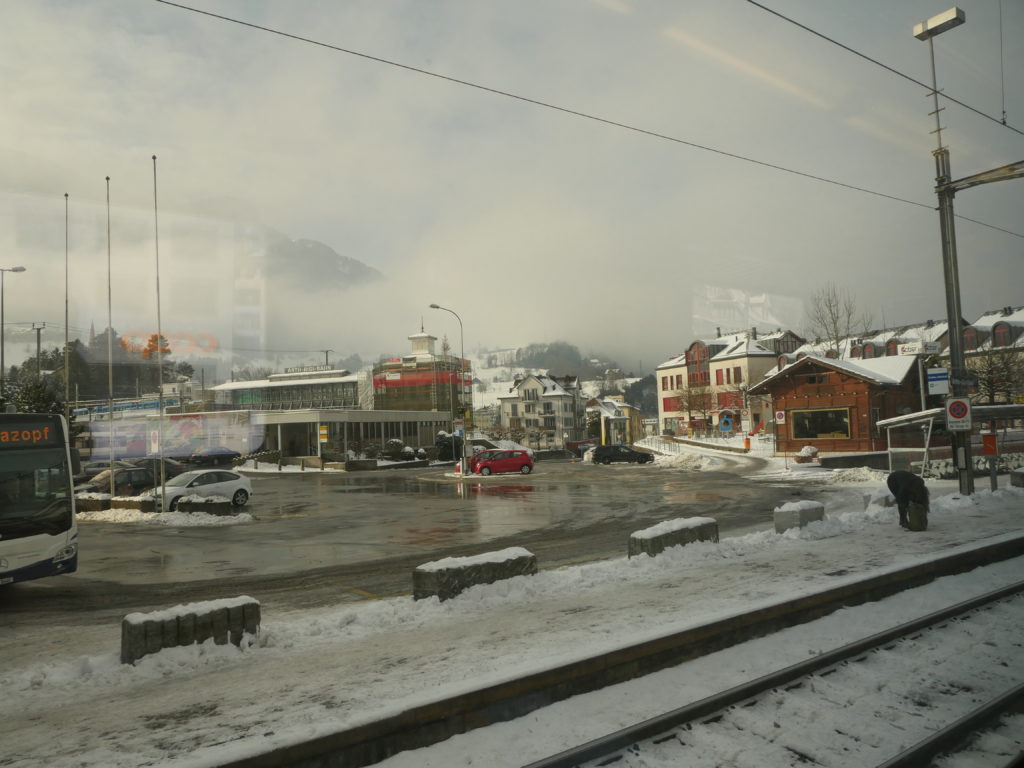 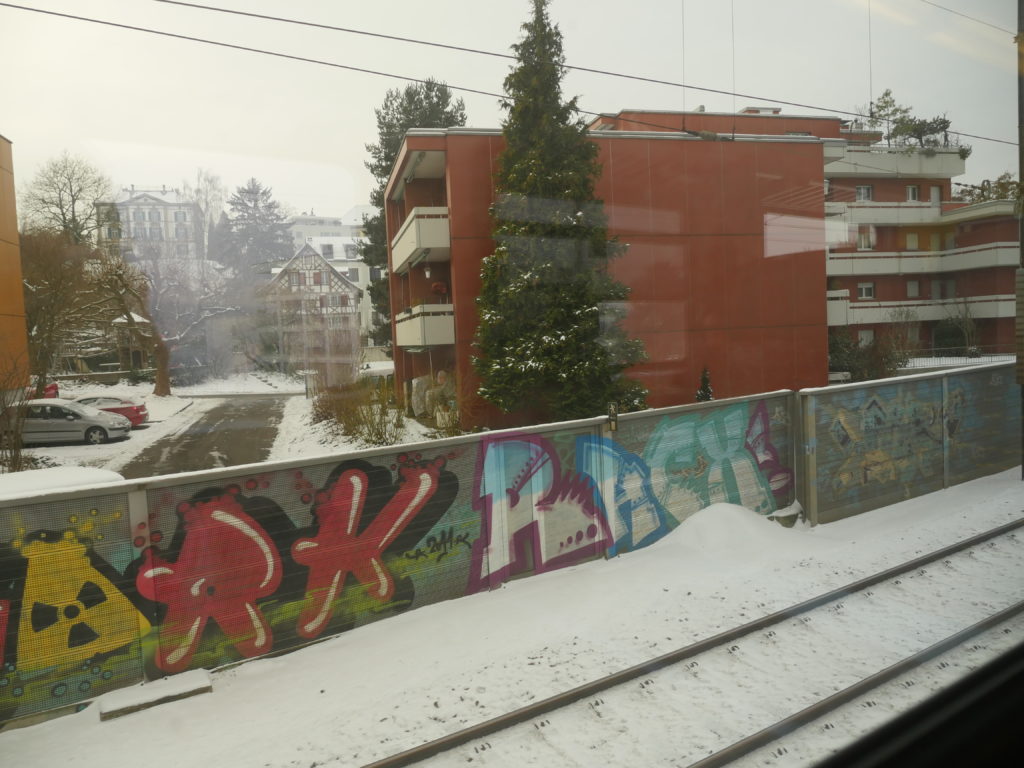 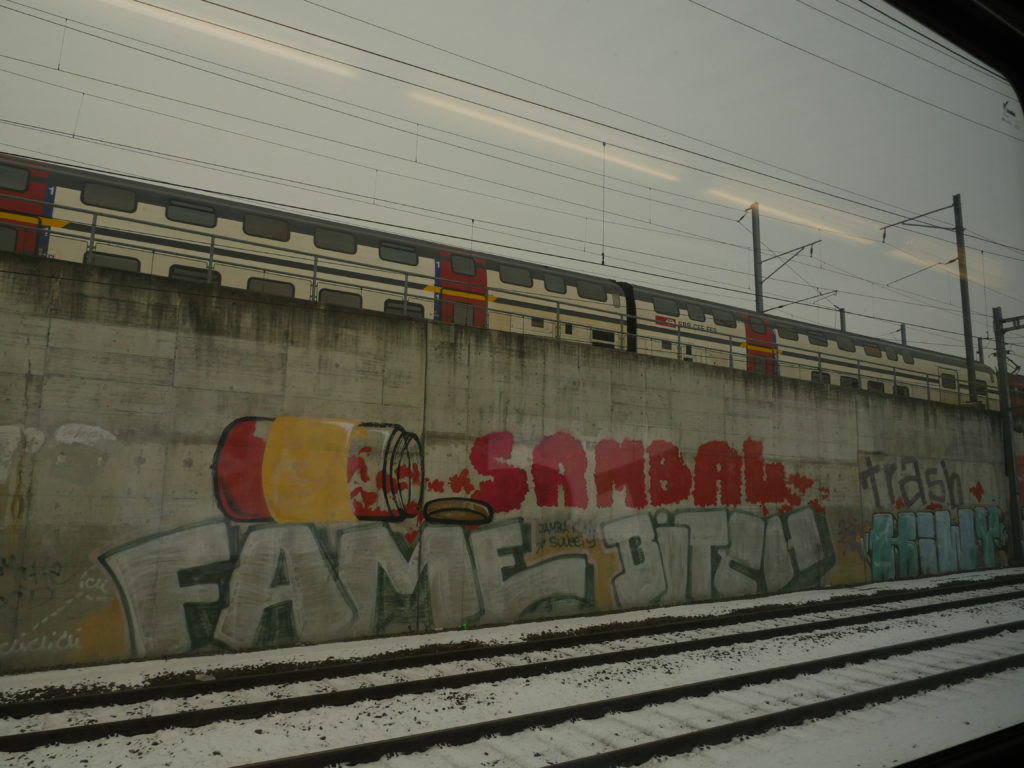 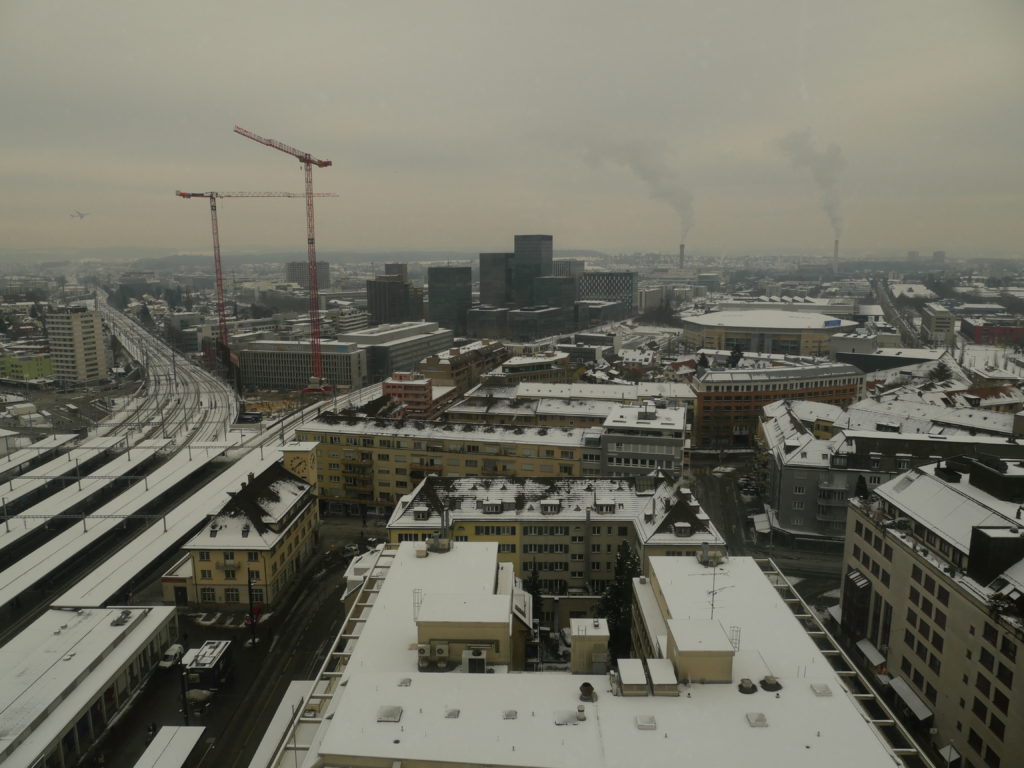 Overlooking Zurich from my hotel & Zurich station with fountain 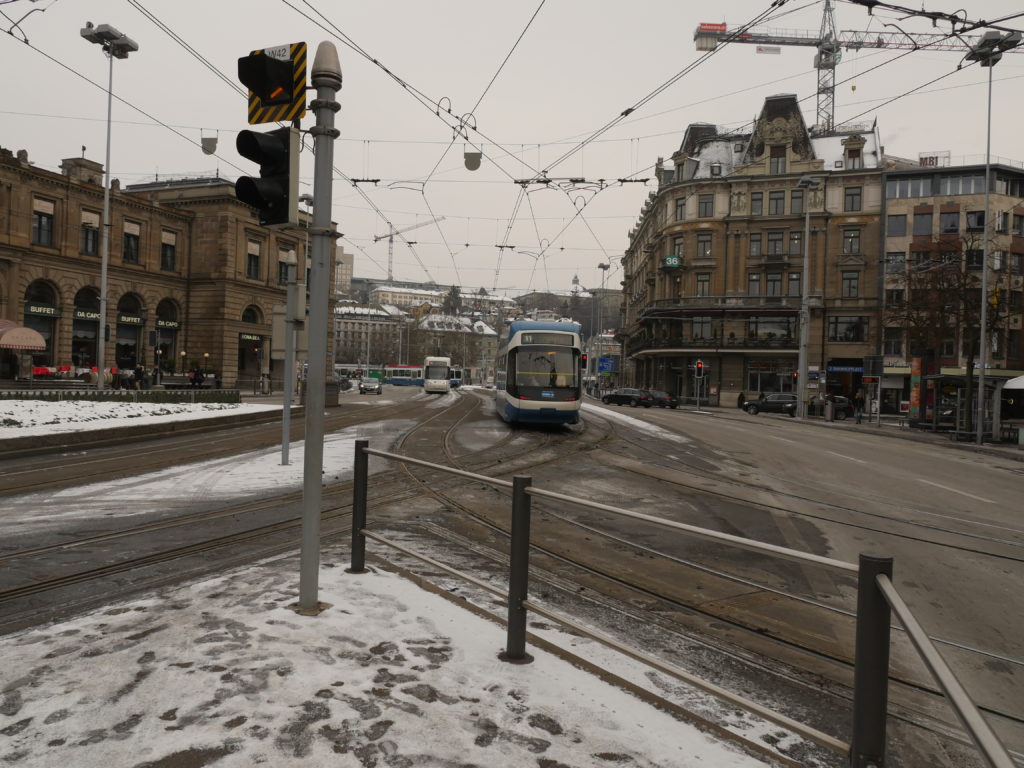 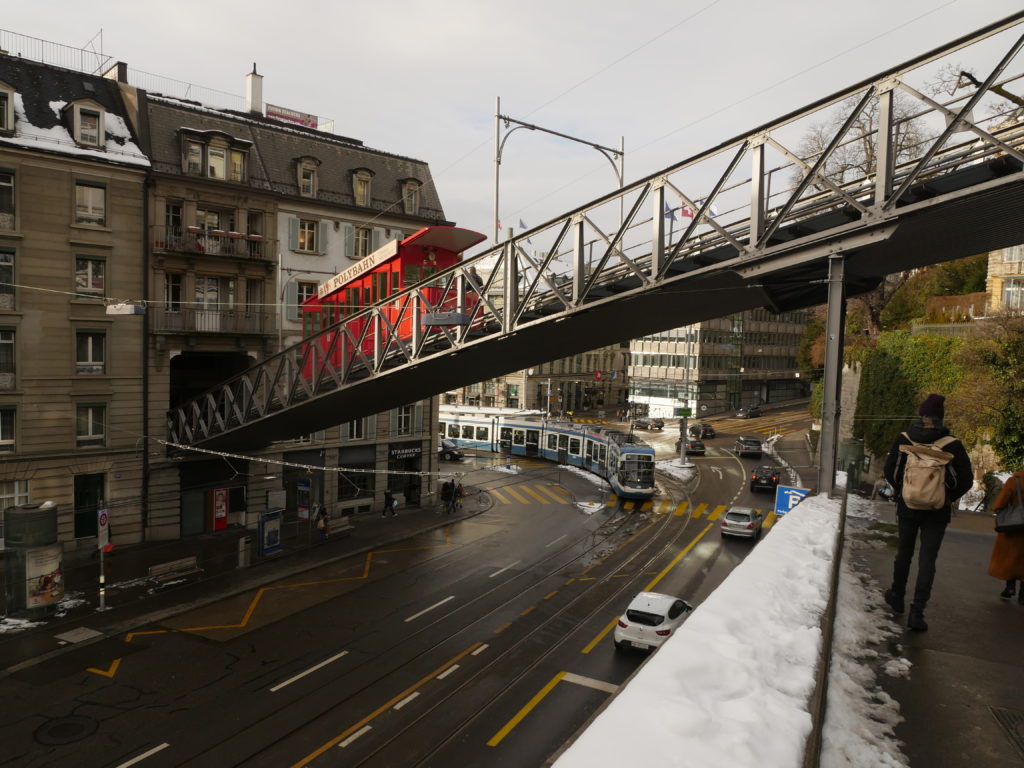 As the Reformation became established in Zurich, its fruits were more fully seen in the suppression of vice and the promotion of order and harmony. “Peace has her habitation in our town,” wrote Zwingli; “no quarrel, no hypocrisy, no envy, no strife. Whence can such union come but from the Lord, and our doctrine, which fills us with the fruits of peace and piety?”–Ibid., b. 8, ch. 15. {GC 181.3} 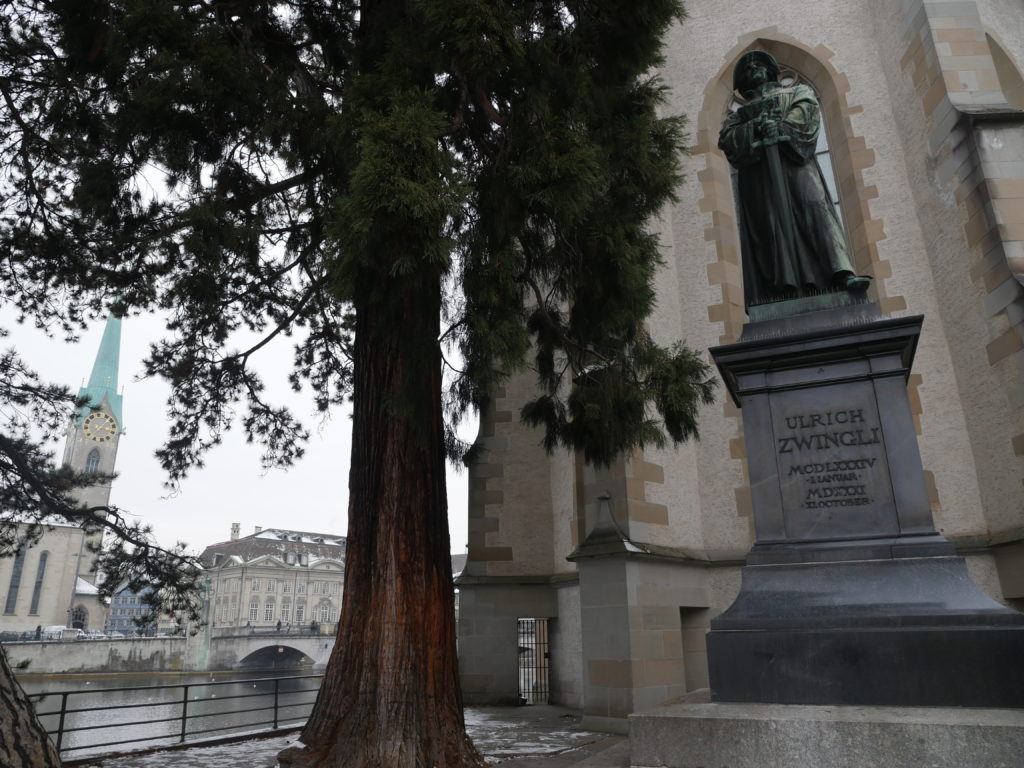 the bell tolls for people to come to mass. Though Protestantism swept through here the

call of Rome is heard by the toll of the bell.

Do not imagine,” Zwingli said, “that God is in this temple more than in any other part of creation. Whatever be the country in which you dwell, God is around you, and hears you. . . . Can unprofitable works, long pilgrimages, offerings, images, the invocation of the Virgin or of the saints, secure for you the grace of God? . . . What avails the multitude of words with which we embody our prayers? What efficacy has a glossy cowl, a smooth-shorn head, a long and flowing robe, or gold-embroidered slippers? . . . God looks at the heart, and our hearts are far from Him.” “Christ,” he said, “who was once offered upon the cross, is the sacrifice and victim, that had made satisfaction for the sins of believers to all eternity.”–Ibid., b. 8, ch. 5. {GC 175.1}

Three different times Zwingle took leave of Bullinger, who was erelong to be his successor. His mind was filled with a presentiment of his approaching death; he could not tear himself from that young friend whose face he was never to see again; he blessed him amidst floods of tears. “O my dear Henry!” said he, “may God protect you! Be faithful to our Lord Jesus Christ and to his Church.” At length they separated; out at that very moment, says Bullinger, a mysterious personage, clad in a robe as white as snow, suddenly appeared, and after frightening the soldiers who guarded the gate, plunged suddenly into the water, and vanished. 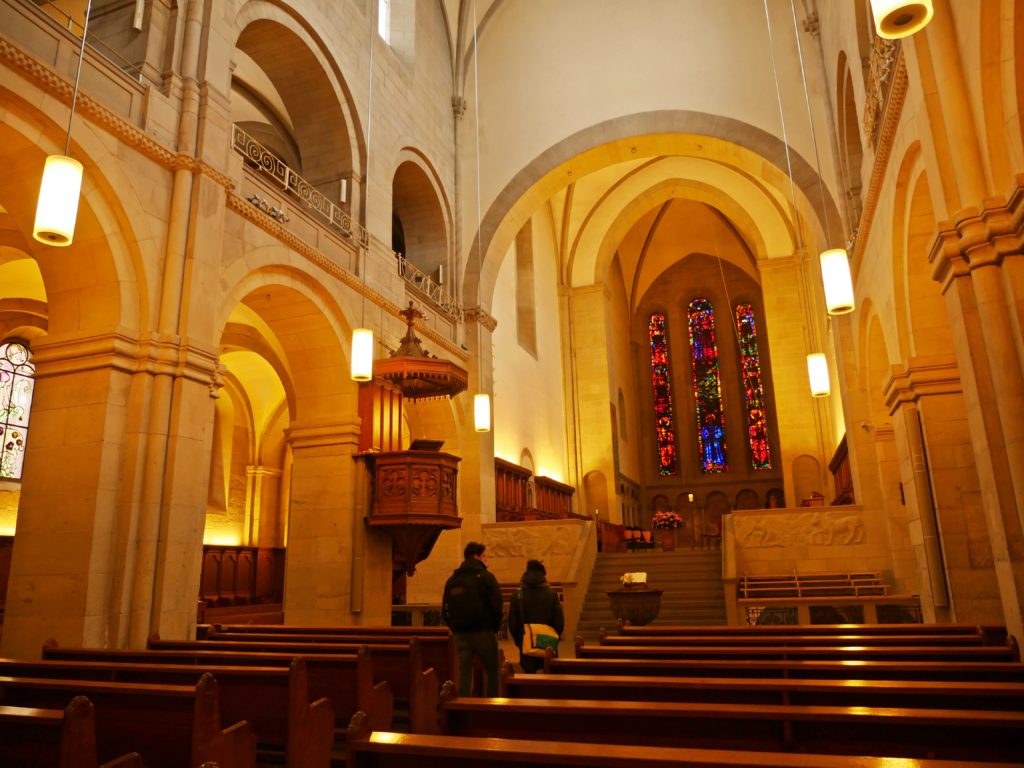 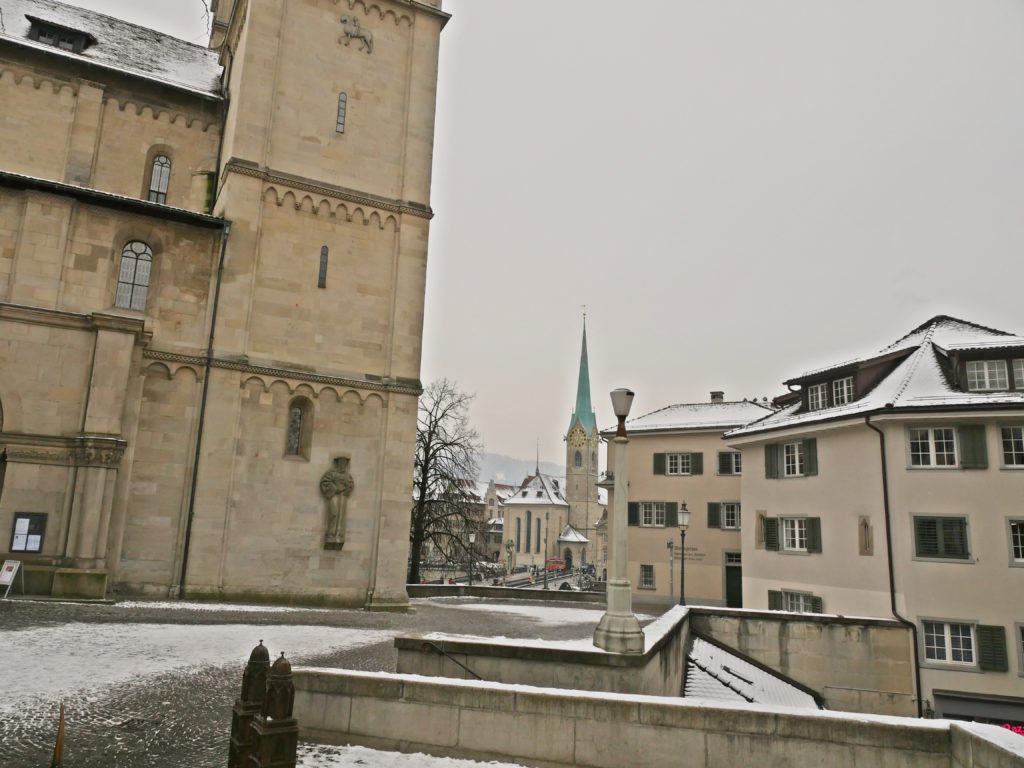 In February 1531 Zwingli himself urged the Evangelical Swiss to attack the Five Cantons, and on the 10th of October there was fought at Kappel a battle, disastrous to the Protestant cause and fatal to its leader. Zwingli, who as chaplain was carrying the banner, was struck to the ground, and was later despatched in cold blood. His corpse, after suffering every indignity, was quartered by the public hangman, and burnt with dung by the Romanist soldiers. A great boulder, roughly squared, standing a little way off the road, marks the place where Zwingli fell. It is inscribed, “‘They may kill the body but not the soul’: so spoke on this spot Ulrich Zwingli, who for truth and the freedom of the Christian Church died a hero’s death, Oct. 11, 1531.”

On 11 October 1531 a force of approximately 7,000 soldiers from the five Catholic cantons met an army of only 2,000 men from Zürich at the Battle of Kappel. This stone marks the place of Zwingli’s death. Revelation 12:11 And they overcame him by the blood of the Lamb, and by the word of their testimony; and they loved not their lives unto the death. Once more Zwingli uplifts that head which had been so bold, and gazing with calm eye upon the trickling blood, exclaims: “What matters this misfortune? They may indeed kill the body, but they cannot kill the soul!” These were his last words. His body was burnt as a heretic with dung such is the nature of the beast who feed on the blood of martyrs. 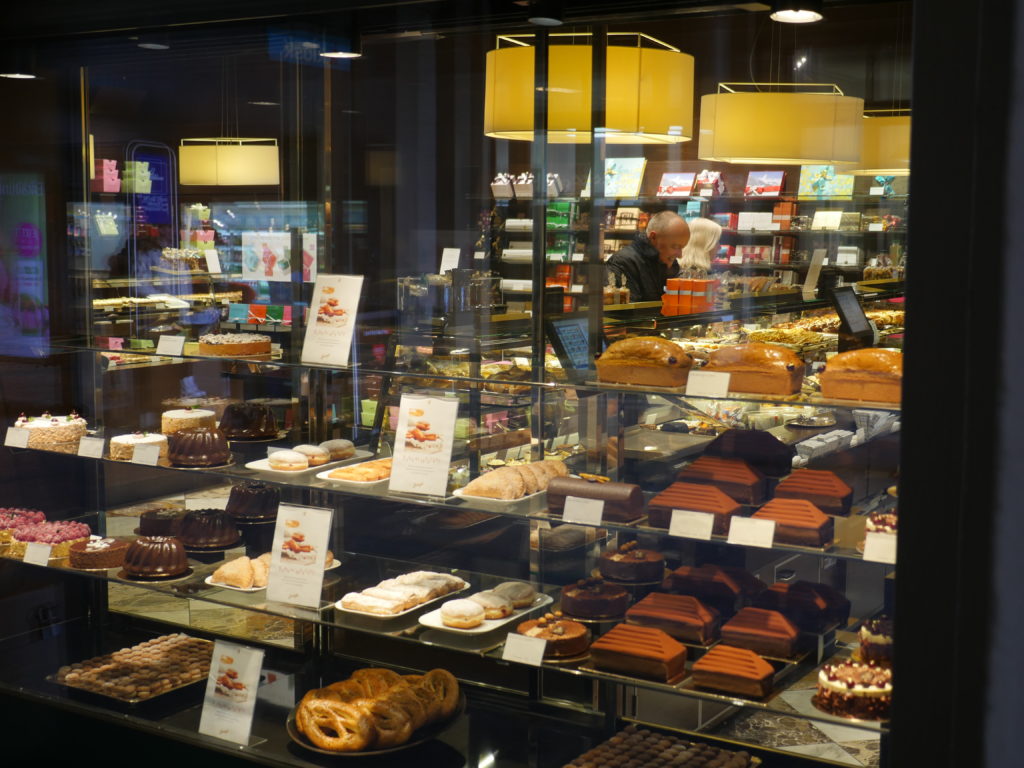 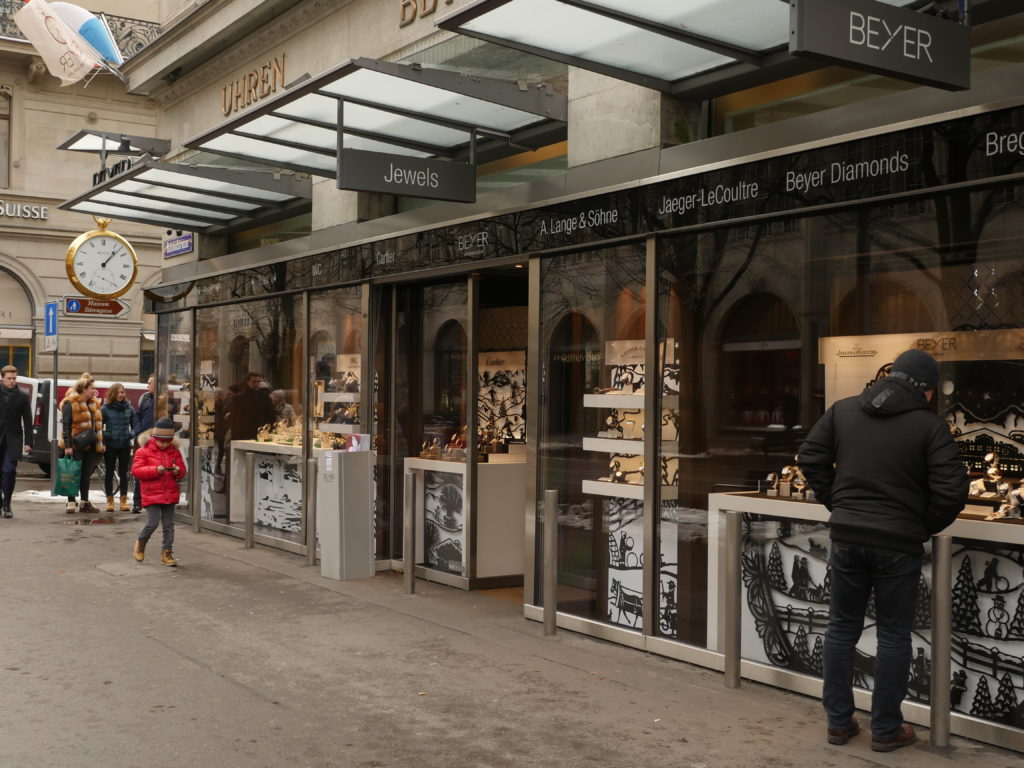 & known for its luxurious living. 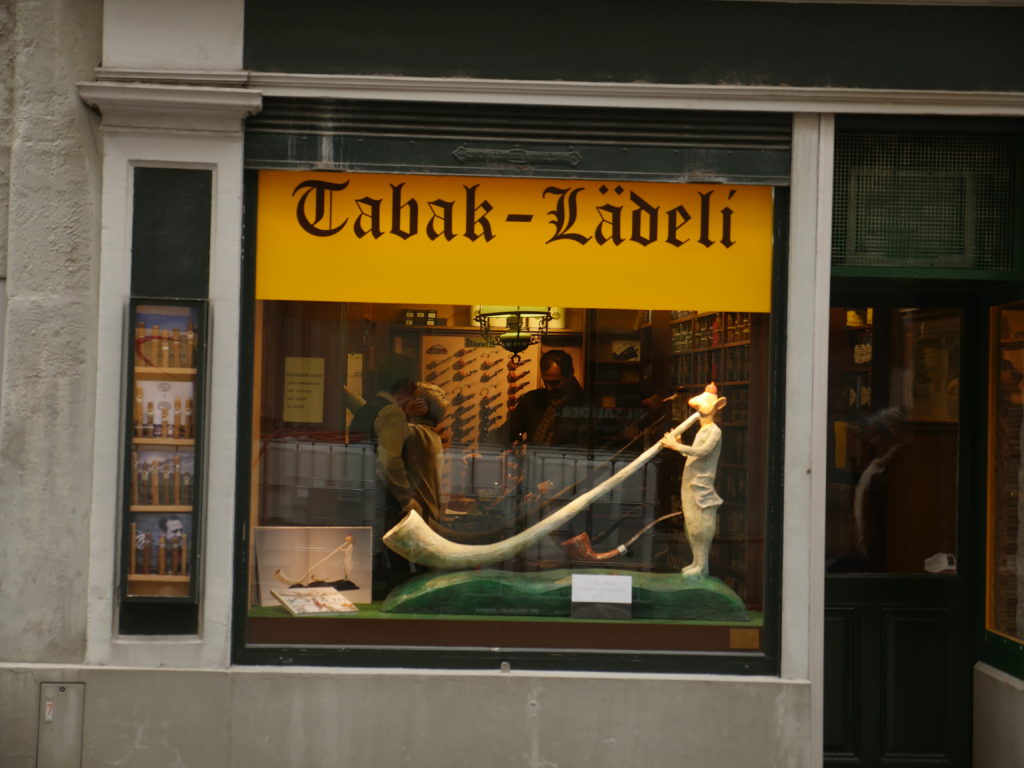