One of the secrets to Vatican power is its own times and laws which many follow in her worship but they are not God-given. This allows her to pressure the state to implement her laws rather than religious liberty. 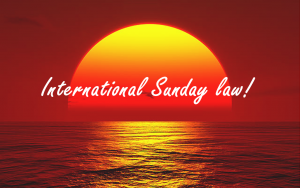 Another secret of her power- It is prepared for two classes of mankind, embracing nearly the whole world–those who would be saved by their merits, and those who would be saved in their sins. Here is the secret of its power. {GC 572.2} Thus she appeals to conservative and liberal extremes and the many false evangelical gospels. So deception is laid for all many making way for the coming of the antichrist to enforce the false teachings as his own.

To secure popularity and patronage, legislators will yield to the demand for a Sunday law….By the decree enforcing the institution of the papacy in violation of the law of God our nation will disconnect herself fully from righteousness. . . . {LDE 132.4} Why would the people call for this? Climate change is the coming grassroots revolution and the Vatican is training the youth through the United Nations, which is handed down to the universities and schools.

Sunday laws international will restore her to a greater position than in the dark ages as predicted in Revelation 13 of the beast that rises from the seas. She uses another power that is the USA, the beast rising from the land as described in the latter part of Revelation 13, to enforce her law internationally.

These have one mind.” There will be a universal bond of union, one great harmony, a confederacy of Satan’s forces. “And shall give their power and strength unto the beast.” Thus is manifested the same arbitrary, oppressive power against religious liberty–freedom to worship God according to the dictates of conscience–as was manifested by the papacy, when in the past it persecuted those who dared to refuse to conform with the religious rites and ceremonies of Romanism.–3SM 392 (1891). {LDE 136.4}

When Protestantism shall stretch her hand across the gulf to grasp the hand of the Roman power, when she shall reach over the abyss to clasp hands with spiritualism, when, under the influence of this threefold union, our country shall repudiate every principle of its Constitution as a Protestant and republican government and shall make provision for the propagation of papal falsehoods and delusions, then we may know that the time has come for the marvelous working of Satan and that the end is near.–5T 451 (1885). {LDE 131.4}

This oppressive power that persecuted God’s people in the past has already taken steps toward these prophetic events with vaccination mandates- by fear and at the same time appealing to the masses for the ‘common good.’ 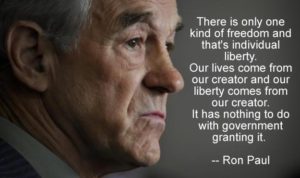