Note the dates in which these statements are written-

Under the leadership of Satan there are men who today are doing all in their power to plunge the world into commercial strife. Thus Satan is trying to bring about a condition of things that will make the world uncivilized. He desires to see strange things acted out, which God, who is too wise to err, has not ordained. –Letter 114, Oct. 27, 1910, to Elder A. G. Daniells, president of the General Conference. {TDG 309.6}

Who are these people? A power from beneath is working to bring about the last great scenes in the drama–Satan coming as Christ, and working with all deceivableness of unrighteousness in those who are binding themselves together in secret societies.–8T 28 (1904). {LDE 162.4}

Who comprises these secret societies? The Jesuits when annulled during the 1800s became part of the Illuminati which was short-lived in name but became various other organizations such as skull and bones. Like their predecessors the Knights Templars they were occultists. During the French Revolution, there were the Jesuits profiting from the decay of society.  “The Jesuits alone flourished in the decaying nation, and ruled with dreadful tyranny over churches and schools, the prisons and the galleys.” {GC 1888 279.1} The Jesuits worked their way into offices of State, climbing up to be the counselors of kings, and shaping the policy of nations. They became servants, to act as spies upon their masters. They established colleges for the sons of princes and nobles, and schools for the common people; and the children of Protestant parents were drawn into an observance of popish rites.{GC 1888 234.3} This statement is talking about the Jesuit’s part in the dark ages but perfectly fits that which is occurring today. The cabal is the Church of Rome, pure occult societies such as the Lucis Trust on the United Nations and Masons.

The professed Protestant world will form a confederacy with the man of sin, and the church and the world will be in corrupt harmony.–7BC 975 (1891). {LDE 130.3}

When our nation, in its legislative councils, shall enact laws to bind the consciences of men in regard to their religious privileges, enforcing Sunday observance, and bringing oppressive power to bear against those who keep the seventh-day Sabbath, the law of God will, to all intents and purposes, be made void in our land, and national apostasy will be followed by national ruin.–7BC 977 (1888).  {LDE 133.5} 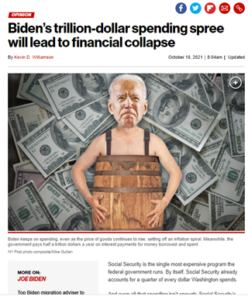